Theme of the day: Spring TBR!

You guys might start to know me now: I don’t work with TBR. But I also never get my books out of my bookshelves, so it might be time for me to start doing – at least – seasonal to-be-read piles! So, without further a-do, here are the Books on my spring TBR!

The fourth novel from the phenomenally talented Alice Oseman – one of the most authentic and talked-about voices in contemporary YA.

It was all sinking in. I’d never had a crush on anyone. No boys, no girls, not a single person I had ever met. What did that mean?

Georgia has never been in love, never kissed anyone, never even had a crush – but as a fanfic-obsessed romantic she’s sure she’ll find her person one day.

As she starts university with her best friends, Pip and Jason, in a whole new town far from home, Georgia’s ready to find romance, and with her outgoing roommate on her side and a place in the Shakespeare Society, her ‘teenage dream’ is in sight.

But when her romance plan wreaks havoc amongst her friends, Georgia ends up in her own comedy of errors, and she starts to question why love seems so easy for other people but not for her. With new terms thrown at her – asexual, aromantic – Georgia is more uncertain about her feelings than ever.

Is she destined to remain loveless? Or has she been looking for the wrong thing all along?

This wise, warm and witty story of identity and self-acceptance sees Alice Oseman on towering form as Georgia and her friends discover that true love isn’t limited to romance.

New-Yorkers: a city and its people, Craig Taylor

In the first twenty years of the twenty-first century, New York City has been convulsed by terrorist attack, blackout, hurricane, recession, social injustice, and pandemic. New Yorkers weaves the voices of some of the city’s best talkers into an indelible portrait of New York in our time—and a powerful hymn to the vitality and resilience of its people.

Best-selling author Craig Taylor has been hailed as “a peerless journalist and a beautiful craftsman” (David Rakoff), acclaimed for the way he “fuses the mundane truth of conversation with the higher truth of art” (Michel Faber). In the wake of his celebrated book Londoners, Taylor moved to New York and spent years meeting regularly with hundreds of New Yorkers as diverse as the city itself. New Yorkers features 75 of the most remarkable of them, their fascinating true tales arranged in thematic sections that follow Taylor’s growing engagement with the city.

Here are the uncelebrated people who propel New York each day—bodega cashier, hospital nurse, elevator repairman, emergency dispatcher. Here are those who wire the lights at the top of the Empire State Building, clean the windows of Rockefeller Center, and keep the subway running. Here are people whose experiences reflect the city’s fractured realities: the mother of a Latino teenager jailed at Rikers, a BLM activist in the wake of police shootings. And here are those who capture the ineffable feeling of New York, such as a balloon handler in the Macy’s Thanksgiving Day Parade or a security guard at the Statue of Liberty.

A gifted tailor in disguise. Three magic dresses. The competition of a lifetime.

On the fringes of the Great Spice Road, Maia Tamarin works as a steamstress in the shop of her father, once a tailor of renown. She dreams of becoming the greatest tailor in the land but, as a girl, the best she can hope for is to marry well.

When a royal messenger summons her ailing father to court, Maia poses as his son and travels to the Summer Palace in his place. She knows her life is forfeit if her secret is discovered, but she’ll take that risk to save her family from ruin and achieve her dream of becoming the imperial tailor. There’s just one catch: Maia is one of twelve tailors vying for the job.

The competition is cutthroat, and Maia’s job is further complicated by the unwelcome attention of the court enchanter, Edan, who seems to see straight through her disguise. But nothing could have prepared her for the final challenge to sew three gowns so dangerously beuatiful, it will take a quest to the ends of the earth to complete them…

Alyssa Gardner hears the whispers of bugs and flowers—precisely the affliction that landed her mother in a mental hospital years before. This family curse stretches back to her ancestor Alice Liddell, the real-life inspiration for Lewis Carroll’s Alice’s Adventures in Wonderland. Alyssa might be crazy, but she manages to keep it together. For now.

When her mother’s mental health takes a turn for the worse, Alyssa learns that what she thought was fiction is based in terrifying reality. The real Wonderland is a place far darker and more twisted than Lewis Carroll ever let on. There, Alyssa must pass a series of tests, including draining an ocean of Alice’s tears, waking the slumbering tea party, and subduing a vicious bandersnatch, to fix Alice’s mistakes and save her family. She must also decide whom to trust: Jeb, her gorgeous best friend and secret crush, or the sexy but suspicious Morpheus, her guide through Wonderland, who may have dark motives of his own.

There was nothing in the world as magical and terrifying as a girl.

Princess Guinevere has come to Camelot to wed a stranger: the charismatic King Arthur. With magic clawing at the kingdom’s borders, the great wizard Merlin conjured a solution–send in Guinevere to be Arthur’s wife . . . and his protector from those who want to see the young king’s idyllic city fail. The catch? Guinevere’s real name–and her true identity–is a secret. She is a changeling, a girl who has given up everything to protect Camelot.

To keep Arthur safe, Guinevere must navigate a court in which the old–including Arthur’s own family–demand things continue as they have been, and the new–those drawn by the dream of Camelot–fight for a better way to live. And always, in the green hearts of forests and the black depths of lakes, magic lies in wait to reclaim the land. Arthur’s knights believe they are strong enough to face any threat, but Guinevere knows it will take more than swords to keep Camelot free.

Deadly jousts, duplicitous knights, and forbidden romances are nothing compared to the greatest threat of all: the girl with the long black hair, riding on horseback through the dark woods toward Arthur. Because when your whole existence is a lie, how can you trust even yourself?

The Doll Factory, the debut novel by Elizabeth Macneal, is an intoxicating story of art, obsession and possession.

London. 1850. The Great Exhibition is being erected in Hyde Park and among the crowd watching the spectacle two people meet. For Iris, an aspiring artist, it is the encounter of a moment – forgotten seconds later, but for Silas, a collector entranced by the strange and beautiful, that meeting marks a new beginning.

When Iris is asked to model for pre-Raphaelite artist Louis Frost, she agrees on the condition that he will also teach her to paint. Suddenly her world begins to expand, to become a place of art and love.

But Silas has only thought of one thing since their meeting, and his obsession is darkening . . .

Gay bar: why we went out, Jeremy Artherton Lin

Strobing lights and dark rooms; throbbing house and drag queens on counters; first kisses, last call: the gay bar has long been a place of solidarity and sexual expression—whatever your scene, whoever you’re seeking. But in urban centers around the world, they are closing, a cultural demolition that has Jeremy Atherton Lin wondering: What was the gay bar? How have they shaped him? And could this spell the end of gay identity as we know it?

In Gay Bar, the author embarks upon a transatlantic tour of the hangouts that marked his life, with each club, pub, and dive revealing itself to be a palimpsest of queer history. In prose as exuberant as a hit of poppers and dazzling as a disco ball, he time-travels from Hollywood nights in the 1970s to a warren of cruising tunnels built beneath London in the 1770s; from chichi bars in the aftermath of AIDS to today’s fluid queer spaces; through gloryholes, into Crisco-slicked dungeons and down San Francisco alleys. He charts police raids and riots, posing and passing out—and a chance to encounter one restless night that would change his life forever.

Everyone in This Room Will Someday Be Dead, Emily R. Austin

Meet Gilda. She cannot stop thinking about death. Desperate for relief from her anxious mind and alienated from her repressive family, she responds to a flyer for free therapy at a local church and finds herself abruptly hired to replace the deceased receptionist Grace. It’s not the most obvious job – she’s queer and an atheist for starters – and so in between trying to learn mass, hiding her new maybe-girlfriend and conducting an amateur investigation into Grace’s death, Gilda must avoid revealing the truth of her mortifying existence.

A blend of warmth, deadpan humour, and pitch-perfect observations about the human condition, Everyone in This Room Will Someday Be Dead is a crackling exploration of what it takes to stay afloat in a world where your expiration – and the expiration of those you love – is the only certainty.

This is all for today folks! I do not have a big to-be-read pile in general so I just picked the titles I really want to read this spring -which explain why there is less than ten books. What are your most anticipated reads for this Spring? Anything that’s on my list?

As always, thank you so much for reading and supporting me. For more bookish content, you can check out my Instagram and my Ko-Fi page. If you would like to support me furthermore, please consider giving me a little tip!

Have a nice and beautiful day, and sweet sweet reads, 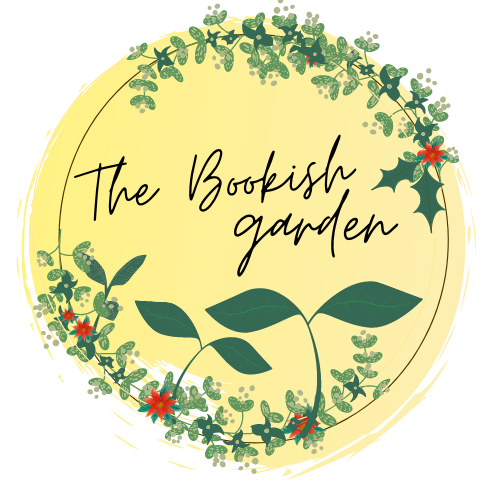 Hi there, welcome! I am a twenty something girl living in Paris. I study screen-writing and spend my time reading, watching TV shows and talking about it. On the aroace spectrum and definitely not straight, I love to read and talk about diversity, which is the reason I am here! Voir tous les articles par abookflower

What are you looking for?

Thu.15
There are some times, like this week, when time is so slow you feel like it is lasting forever.
Wed.14
Hi guys, Ramadan Mubarak to everyone celebrating ☀️
Mon.12
Quote of the day 🌿

What to find here

How to support me!

Books Are The New Black

One Girl, Too Many Books

A (Mostly) YA Book Blog

It's a Bookish World, and we just live in it.

The bookworm of Notre-Dame